The Town Historian is appointed annually by the Supervisor. The Town Historian collects, preserves and disseminates the history of the Town. The historian, Sally DeLarm Rypkema, is available to meet by appointment. You may leave a voicemail message for her at 543-6161 ext. 21

(Excerpts from: A Short History of the Town of Hague as compiled by Diane Frasier and Laura Meade for the August 14, 1987 Celebration of the Bicentennial of the U.S. Constitution)

Hague, once known as Rochester, is nestled in the Adirondack Mountains, and situated on the northern shore of Lake George at the northeast corner of Warren County. Hague was formed from Bolton Landing in 1807.

In 1758, during the French and Indian War, English General Abercrombie landed at Sabbath Day Point with 15,000 men and the following year, General Amherst landed there with 12,000 men. Both were on their way to engage the French at Fort Carillon (later renamed by the English to Fort Ticonderoga). Rogers' Rangers famous "Battle on Snowshoes" and Major Robert Rogers’ legendary escape from the Indians by snowshoeing backwards and sliding down a rock precipice, took place in the northeast corner of the Town of Hague where Rogers slide and Rogers Rock Campsite are now located.

The mineral ore graphite was discovered in 1887 and a mining boom town was born. The area is still known as Graphite today even though it is a part of the Town of Hague. Mining was a way of life in the town until 1921.

One of the first water sports clubs was founded in Hague circa 1880. It was called the Hague Rowing Club later to be called the Lake George Regatta Association.

The present inn at Silver Bay Association was built by Silas Paine in 1898, occupied in 1899 and run for three years as a private enterprise, before Mr. Wishard prevailed upon Mr. Paine to devote the inn to be used by Christian conferences organized by the YMCA. In 1904, Paine sold the inn and grounds to the YMCA for $70,000 ( $125,000 value today). In 1910, various boys organizations joined together to form the Boy Scouts of America at a Council Ring on the property, and a private boys' school was run at the Silver Bay Association from 1918-1934, during which time many of the small cottages in use today were constructed. The Silver Bay Association, once a summer conference center, is now a four season conference center.

In 1906 “George” the Lake George Monster was born as a result of pranks played between Col. William Mann and Harry Watrous.

In 1947 the Hague Volunteer Fire Department was organized and chartered the following year. Robert Hoyt was the first Fire Chief and his first fire chief hat is on display at the Hague Fire Dept.

Requests for Genealogical Records or copies of Birth, Death, and Marriage Records may be obtainted from the Town Clerk's Office as the Registrar of Vital Statistics. 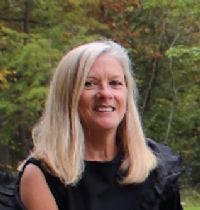