The Town Park is located on Route 9N, just south of the intersection with Route 8. 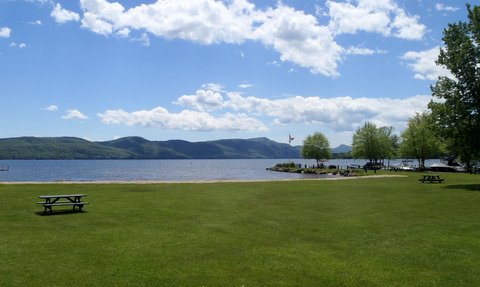 During the Summer Months, a free concert series is held in the park on Wednesday evenings!

In case of inclement weather, the concerts are held at the Community Center. 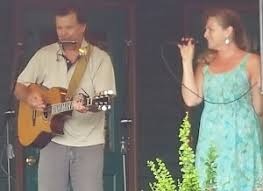 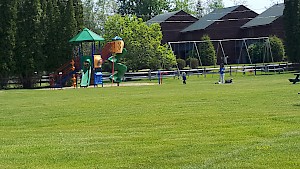 Mrs. Robert E. Henry dreamed of giving a small beach to the Hague children in memory of her deceased husband. A piece of property at Cape Cod Village was originally proposed, but the Town Fathers felt that the property was too far out of town. The beach-for-children idea was abandoned by Mrs. Henry but not by the Town Fathers.

In the early 1950's, the Hague Town Board sought to provide a beach and park for its residents since swimming at the "steamer dock" was for those expert in swimming only. It was a pleasure not available to all. (These comments were recorded in a resolution in the minutes of 1955.) The Town Board pursued the matter. The Burgey family had a lovely piece of property on the shores of Lake George that would be beneficial to all residents of the town. A public referendum was held to purchase this 1½ acre piece of property with more than 300 feet of lakeshore for the sum of $25,000 to create a public park and beach. On July 7, 1955 the Town Board unanimously voted to name this park the Robert E. Henry Memorial Park. In a thank you letter to the Town Board, Mrs. Henry spoke of her family carrying out her husband's ideals.